Two clubs from South Africa are set to do battle for Zambian midfielder Larry Bwalya who plays his club football for Simba SC in the Tanzanian league. The interest of the two clubs was revealed by African media publication Kickoff. The two teams in question are AmaZulu and Kaizer Chiefs.

Chiefs and AmaZulu are keen to lure Simba SC star Bwalya from Tanzania to South Africa. The target for the two teams from South Africa is the January transfer window. They want to sign the Zambian player when the transfer window starts again next month.
END_OF_DOCUMENT_TOKEN_TO_BE_REPLACED 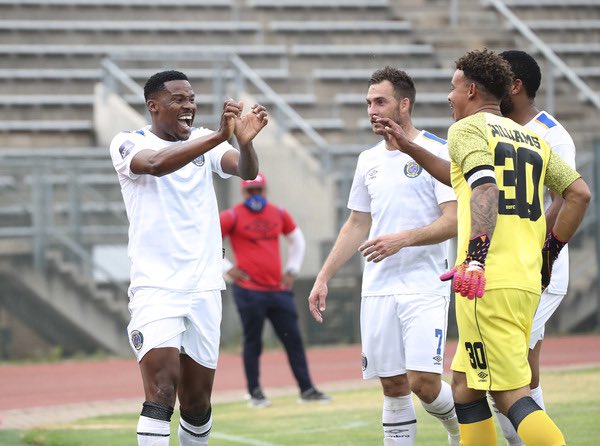 Percy Tau was recently confirmed as the vice captain to Ronwen Williams as far as the South Africa senior national team setup is concerned. His new status was officially announced during the just concluded international break. END_OF_DOCUMENT_TOKEN_TO_BE_REPLACED

Brighton and Hove Albion attacker Percy Tau has been left out of the South African squad for the football event at the Tokyo 2020 Olympics starting later this month. He misses the final cut despite being named in the preliminary squad by Olympic team manager David Notoane.

Tau didn’t make the final Olympics squad for South Africa after Brighton turned down the request to release him for the Olympics this summer. Clubs are not obliged to release their players for the football event at the Olympics as it’s not officially recognised by world’s football body, FIFA. Left-footed attacker Tau is the biggest footballer in South Africa and his absence would be a big loss for the South African team.
END_OF_DOCUMENT_TOKEN_TO_BE_REPLACED

Brighton and Hove Albion striker Percy Tau has revealed that he has not thought about the captaincy role for the BafanaBafana of South Africa. He talked about the South African national team captaincy role while speaking with journalists recently as monitored by Soccer Laduma.

Tau knows that he’s one of the senior players in the latest South Africa squad but the thought of being the team captain has not crossed the mind of the Seagulls attacker.
END_OF_DOCUMENT_TOKEN_TO_BE_REPLACED

South Africa national team player Percy Tau was not in the Brighton and Hove Albion squad for their last Premier League clash. He was absent as the Seagulls played out a drab goalless affair with European hopefuls Everton at home.

Tau has not been a part of the Brighton squad since he played for South Africa in the 2021 African Cup of Nations (AFCON) qualifiers last month. He could not help South Africa to book a place at the tournament proper in Cameroon at the start of next year.
END_OF_DOCUMENT_TOKEN_TO_BE_REPLACED 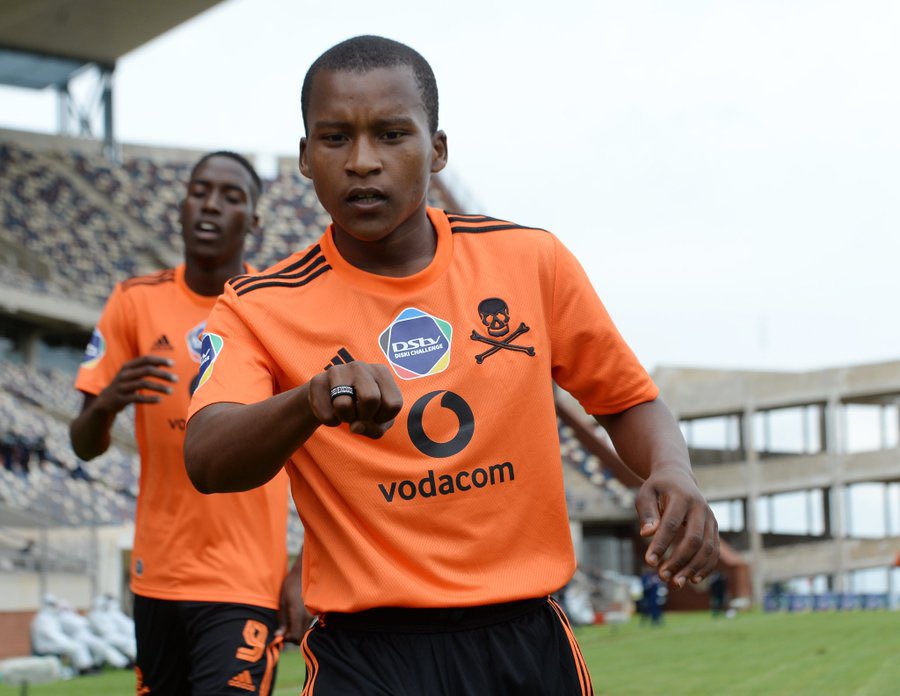 Pirates headed into the fixture which was played at the Harry Gwala Stadium on the back of two fixtures that did not yield any win. The team, coached by Josef Zinnbauer, was eager to perform and bounce back from their winless run with a win and it was evident in how they played throughout the match. END_OF_DOCUMENT_TOKEN_TO_BE_REPLACED

1996 African champions South Africa have embarked on a winning run that has seen them go close to securing their place at the 2022 edition of the African Cup of Nations (AFCON) billed for Cameroon in the middle of the 2021/22 season. The South Africans have been able to put together a three-match winning run in Group C of the AFCON qualifiers for the tournament proper.

They had started with a loss on matchday 1 of the qualifiers only to recover with wins on matchday 2, matchday 3 and matchday 4. In their first qualifier, South Africa were guests of the Black Stars of Ghana and the game ended in a 2-0 defeat for them. New Arsenal signing Thomas Partey and Ajax Amsterdam forward Mohammed Kudus got the goals for the hosts. END_OF_DOCUMENT_TOKEN_TO_BE_REPLACED

The sports events have resumed their activities after a long pause of almost 6 months. In almost every country, football lovers have got their oxygen back as Football leagues of different countries have been resumed under several safety measures as well as precautionary arrangements. But even after the long pause, the leagues are witnessing a tsunami of goals in the games. The South African football premier league, which may start from October, will not be experiencing something else. 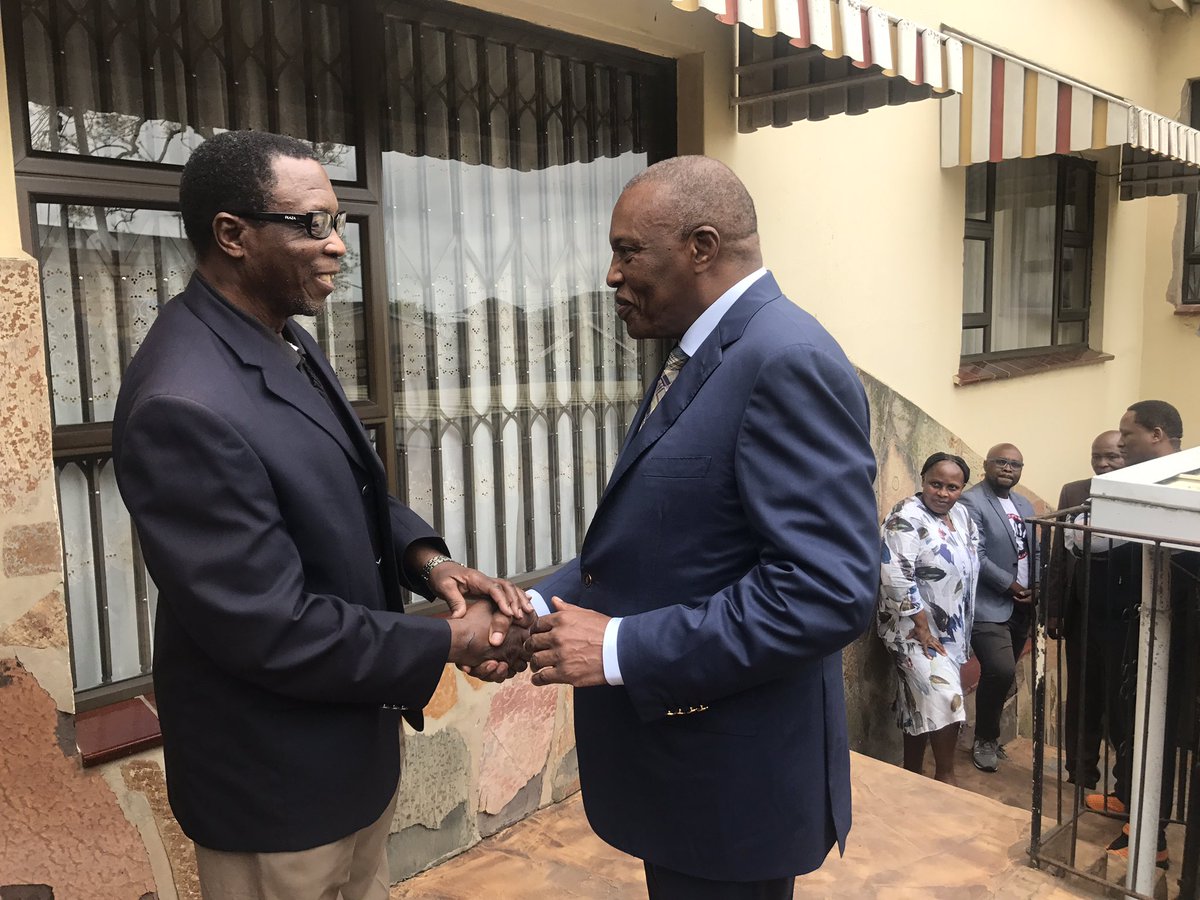 As of now, though South Africa is not that popular as a football-playing country, players from the continent are playing in different clubs of the world. World top league teams hire players from the African continent due to their heavy physique as well as speed. The South African Premier League was inaugurated in 1996. They are under the CAF confederation which is the authoritative body of African football. Altogether 16 teams play in this tournament and the lowest scorer team gets relegated to the National First Division. Due to the sponsorship rights, the league is known popularly as DStv Premiership.
END_OF_DOCUMENT_TOKEN_TO_BE_REPLACED

The lockdown season has given football stars more time to connect with their loyal fans. Tol footballers have used this period to share quality time with their fans on social media pages.

On this edition, we take a look at the highlights of Cesc Fabregas’ question and answer session on twitter. The World Cup winner opened up on his biggest regret, his thoughts on Liverpool, and his stance on the Steven Gerrard versus Paul Scholes debate. He also revealed his most memorable moments with the Spanish national team.
END_OF_DOCUMENT_TOKEN_TO_BE_REPLACED

Leicester drew with Wolves over the weekend but club manager Brendan Rodgers believes Kelechi Iheanacho should have hit the ground while tackled hard in the opponent’s box 18.

Kelechi’s backsliding even cost him a place in the Supers Eagles of Nigeria squad. South Africa was beating the West African giants 2-0 at home when he last made a start. Gernot Rohr had decided he’s hard enough of waiting for a talented player to put in some hard work and show up to work but just never got any from him.