Stuart Baxter is the head coach of the South African national football team and he has recently revealed his desire as well as plans to keep on promoting and giving the chance for his youngsters to prove their worth in the 1st team. 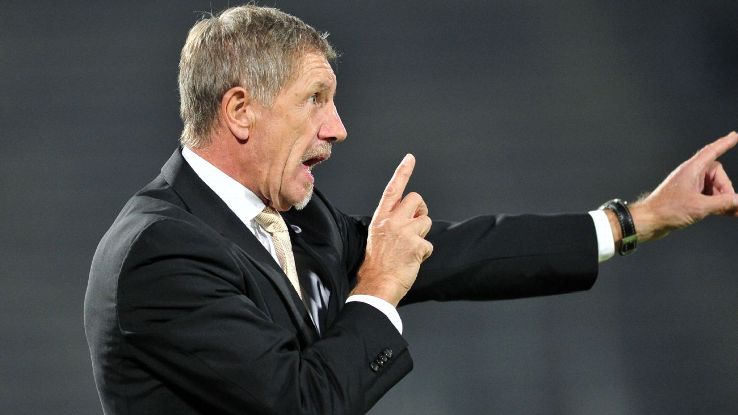 The South African national side recently claimed a 2-0 triumph over Botswana as they played their 1st leg of the 2018 African Nations Championship qualifier. The goals were scored by Ryan Moon who is only 20 years old and Gift Motupa who is also on the younger side with 22 years of age.

It appears like the youngsters are indeed repaying Stuart Baxter for his trust in the youth as South Africa kicked off their 2018 African Nations Championship qualifying journey in a positive way.

The 63 year old English manager has talked about his managerial decisions as well as his squad choices for this recently concluded match as Stuart Baxter said:

“It’s a challenge for us to assemble squads that are well balanced and that serve some useful purpose, and we made a commitment to having a combination of young players and then more experienced players that we think have something more to offer in terms of supporting the young ones, and/or knocking on the door¨

“Now the transition to CHAN is a quite difficult because it’s a completely new squad, and so we went to Botswana on the back of a few training sessions and I was really impressed by how the players applied themselves¨

“They played in a well-organized way, knowing the game plan and executing it pretty well but not great because as a South African national team we could show more skill, especially on transition and in being clinical to make a 2-0 victory a 5-0 one, we could have done that but we are pleased with the 2-0 win.” South Africa´s Stuart Baxter said.